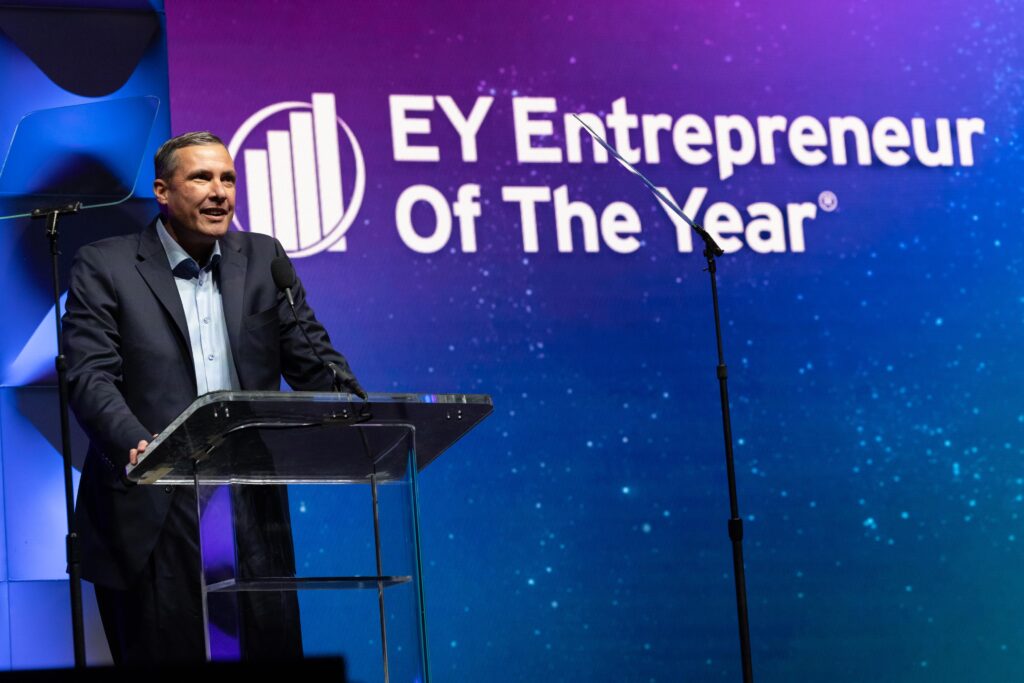 John Keppler, Chairman and CEO of Enviva, is recognized as a bold and innovative entrepreneur who is helping transform our world for the better

BETHESDA, Md., November 17, 2021 – Enviva Partners, LP (NYSE: EVA) (“Enviva”), the world’s largest producer of industrial wood pellets, announced today that John Keppler was named an Entrepreneur Of The Year® 2021 National Award winner by Ernst & Young LLP (EY US). Recognized as one of the most prestigious business award programs in the world, winners of the EY National Award are chosen after being evaluated on their entrepreneurial leadership, talent management, financial performance, societal impact, degree of difficulty in navigating and overcoming obstacles to make their companies successful, and originality, among other core contributions and attributes.

“I am deeply honored to be recognized by EY as a National Entrepreneur of the Year award recipient,” said John Keppler, Co-Founder, Chairman and Chief Executive Officer at Enviva. “The core of Enviva’s value proposition is our commitment to fighting climate change and decarbonizing economies around the globe. I am proud of the hard work and dedication my colleagues bring to our company every day, and this award underscores that their efforts are being noticed on a national scale. However, combating climate change remains the biggest global challenge of our time, and there is still a lot of work to be done. I look forward to working alongside many fellow entrepreneurs in this program to collectively make a significant impact in the fight against climate change.”

The vision behind Enviva’s founding and its tremendous growth have propelled John to this moment. Looking to fundamentally change the complex equation of energy and the environment, John co-founded Enviva in 2004 to produce a renewable energy source from low-value woody biomass that could help decarbonize the global energy and power supply. John and his team saw the tremendous value of sustainably sourced woody biomass as a low-carbon, cost-effective, dispatchable energy source for use in power and heat systems. Today Enviva is a $4 billion company that is publicly traded on the New York Stock Exchange (NYSE: EVA) and owns and operates more than a dozen plants and terminals across the southeastern United States that sustainably produce approximately 6.2 million metric tons of wood pellets per year. Starting with a handful of employees, John is proud that Enviva now employs almost 1,400 people and supports many other jobs and businesses in the rural South, strengthening communities where jobs and economic opportunities are sometimes scarce. Enviva drives more than $2 billion in annual economic activity, and Enviva strives to both hire locally and procure from local businesses so that the communities in which it operates and their residents directly benefit from the financial impact of its operations.

Enviva’s demand creates a market for low-value and residual wood that generates income for rural landowners and incentivizes landowners to keep the forest as forest. As a result, Enviva plays a critical role in promoting sustainable forest management and forest growth in the southeastern United States while fighting global climate change in the process.

“In an unprecedented era for business, all of our national winners showed an exceptional level of resilience, agility and innovation,” said Andrew (AJ) Jordan, EY Americas Entrepreneur of The Year Director. “These national winners demonstrate the true spirit of entrepreneurial leadership, pivoting as necessary to keep their commitment to society at the forefront, while also continuing to build companies rooted in uplifting their employees and community stakeholders.”

This year marks the 35th anniversary of the EY Entrepreneur of the Year awards program. Since 1986, EY US has honored entrepreneurs whose ingenuity, spirit of innovation, and tenacity have driven their companies’ success, transformed their industries, and made a positive impact on their communities. On Saturday, November 13, 2021, the national winners were announced during a celebration held at the Strategic Growth Forum® in Palm Springs, California. The national winners will go on to become lifetime members of the esteemed multi-industry community of award winners, with exclusive, ongoing access to the experience, insight, and wisdom of fellow alumni and other ecosystem members in over 60 countries — all supported by a wide variety of EY resources.

The 2021 national award follows John Keppler’s regional win as the EY Entrepreneur Of The Year® 2021 for the Mid-Atlantic. To reference the full list of 2021 national winners and/or to view photos and videos from Strategic Growth Forum Awards Gala, click here.