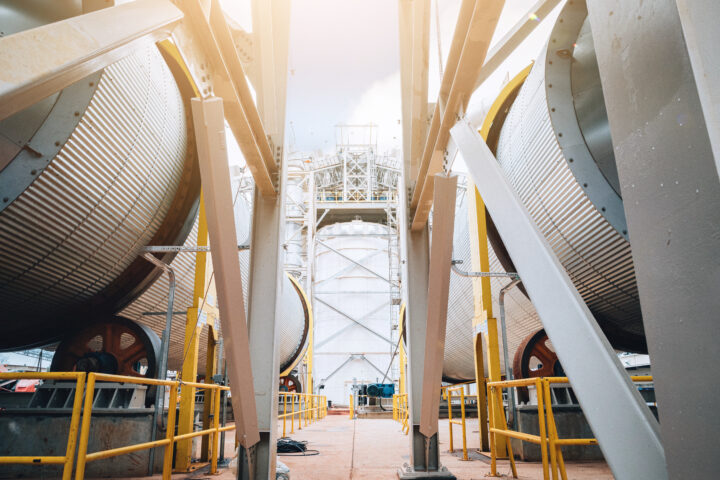 The Enviva Lucedale plant, located in George County, is Enviva’s second operating plant in the state, and the first plant in its newly formed Pascagoula cluster. The Lucedale plant began its ramp in production at the beginning of 2022 with a goal of reaching an annual permitted production capacity of 750,000 metric tons per year (MTPY). Looking back, construction on Enviva’s Lucedale plant supported approximately 400 cumulative jobs and represented an investment of more than $215 million in George County by Enviva.

“The global economy is once again at a crossroads. The need for alternative fuel and heat supply worldwide is even more urgent and our product, which is made possible because of the tremendous sustainable resources like those grown right here in Mississippi by Mississippians, plays an even more important role in filling this need while also building a renewable energy solution for people around the world,” said Thomas Meth, President of Enviva. “We are excited today to celebrate with you as our friends and partners who have worked closely with us on this project for years. We could not have reached this milestone without the hard work and support of everyone here.”

Located in a robust fiber supply basket, the Lucedale plant sources low-value wood from areas within 75 miles of the facility, creating durable markets for local landowners and incentives to keep land as forests. As the world’s largest producer of wood pellets, the company embraces its stewardship role in the forest products industry by encouraging the use of sound and scientifically proven forestry practices to improve forest health and productivity in the region.

“The opening of the Lucedale plant is a momentous occasion for the State, the County, and the entire forest products industry,” said Commissioner of Agriculture and Commerce Andy Gipson. “As one of the State’s largest agriculture industries, Mississippi’s forest products industry is thriving – and Enviva plays a big part of it. By utilizing low-value wood, Enviva has created a new market that, in turn, provides landowners and loggers with additional income while also incentivizing forest growth. We are so proud that Mississippi wood is being used in Enviva’s pellets to power homes and industry all over the world,” concluded Commissioner Gipson.

Enviva has worked diligently to become a valued member of the community by developing long-term relationships with local businesses and neighbors, and by providing strong support to various organizations such as local churches, departments of public safety and law enforcement, as well as youth development and sports programs.

“This project was made possible through community partnerships. The County worked closely with our utility partners – electric, water, and natural gas – to provide the resources for this plant to operate. We worked with our state and federal legislative partners to help funded these vital expansions,” said Frankie Massey, George County Board of Supervisors. “Our partnership with Enviva has brought this state-of-art facility to our Industrial Park providing new jobs, enhancing our infrastructure, and improving our property tax base.”

Enviva is progressing along its path to more than double production capacity over the next five years, from 6.2 million MTPY to approximately 13 million MTPY. Today’s announcement follows the news of Enviva’s recently opened terminal at the Port of Pascagoula and its forthcoming wood pellet manufacturing plant in Bond, MS. Between Enviva’s current Amory and Lucedale, MS plants, and its terminal at the Port of Pascagoula, MS, Enviva continues to renew its commitment to bringing new jobs and economic development to the Magnolia State.

To hear from local residents on how Enviva has helped to bolster economic development in George County and surrounding communities, click here.

Enviva Inc. (NYSE: EVA) is the world’s largest producer of industrial wood pellets, a renewable and sustainable energy source produced by aggregating a natural resource, wood fiber, and processing it into a transportable form, wood pellets. Enviva owns and operates ten plants with a combined production capacity of approximately 6.2 million metric tons per year in Virginia, North Carolina, South Carolina, Georgia, Florida, and Mississippi, and is constructing its 11th plant in Epes, Alabama. Enviva sells most of its wood pellets through long-term, take-or-pay off-take contracts with creditworthy customers in the United Kingdom, the European Union, and Japan, helping to accelerate the energy transition and to decarbonize hard-to-abate sectors like steel, cement, lime, chemicals, and aviation fuels. Enviva exports its wood pellets to global markets through its deep-water marine terminals at the Port of Chesapeake, Virginia, the Port of Wilmington, North Carolina, and the Port of Pascagoula, Mississippi, and from third-party deep-water marine terminals in Savannah, Georgia, Mobile, Alabama, and Panama City, Florida.