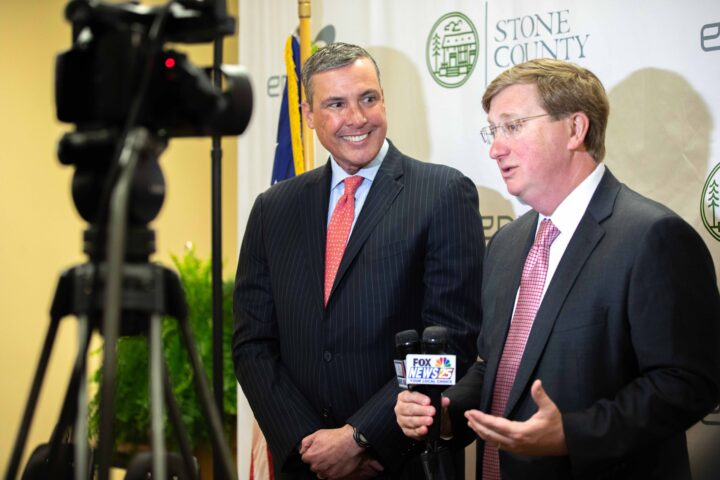 “Markets for our renewable products have been growing rapidly as countries look for new ways to reduce their dependence on coal, natural gas, and other fossil fuels for heat and power generation. Demand from manufacturers driving to reach ‘net-zero’ by decarbonizing industrial production of steel, cement, lime, and sustainable aviation fuel is also growing rapidly for us,” said John Keppler, Enviva’s Chairman and CEO. “And in an increasingly volatile geopolitical environment, countries and companies around the world are seeking security of supply from stable partners like the U.S. This new facility, the community in which it operates, and the tremendous people who support it every day will continue Mississippi’s strong tradition of helping friends across the globe secure energy independence and win the fight against climate change,” he added.

The facility site, directly off Highway 49 in Bond, was selected in close collaboration with Governor Tate Reeves, the Mississippi Development Authority, and Stone County officials.

The plant is fully contracted under long-term take-or-pay supply contracts with customers around the world, providing for durable, positive economic impact to the community. In addition to creating around 100 local jobs with wages projected to be approximately 70 percent higher than the county average, the Bond plant will generate more than $1 million in taxes per year for the county and school district and deliver over $250 million annually in economic impact in the region. Once operational, the plant will support more than 350 jobs, including those in related industries such as logging and transportation.

The new plant in Stone County joins two other Enviva facilities in Mississippi, one in Amory, which is Enviva’s first production plant in the state, and the company’s most recent manufacturing facility in Lucedale. The company also owns and operates a deep-water marine terminal at the Port of Pascagoula from which pellets are shipped to customers in Europe and Asia. Combined, Enviva’s total investment in the Magnolia State is more than $600 million and supports over 850 direct and indirect jobs in Mississippi.

“We very much appreciate the skilled workforce and great business environment in the state. I want to thank Governor Reeves, his team, and the Stone County community for being such great partners during site selection,” Enviva’s John Keppler said.

“Enviva’s decision to invest a quarter of a billion dollars and create 100 new jobs in Mississippi is another tremendous win for our state’s economy. It’s further proof that Mississippi is a prime location for manufacturing. I’m incredibly proud that these wood pellets, produced right here by hardworking and skilled Mississippians, will be distributed and used around the globe. I’d like to thank Chairman and CEO John Keppler and the entire Enviva team for their dedication to our state and all that they have done to bolster Stone County and its residents. We look forward to our continued partnership for many years to come,” said Governor Tate Reeves.

Construction is expected to begin in early 2023, subject to receiving the necessary permits, and is expected to take approximately 18 months. The Bond plant is expected to have a production capacity of more than 1 million metric tons of wood pellets per year.

Mississippi has a robust fiber supply basket, and the plant intends to use low-value and low-grade softwood and hardwood fiber sustainably sourced within 75 miles of the facility, creating durable markets for local landowners and incentives to keep land as forests. The facility will use state-of-the-art environmental control technology to minimize any impact from the plant’s operation on the community.

“Stone County was founded on the timber industry more than a hundred years ago. Our citizens have long respected the woods and the natural resources they provide. With the announcement of Enviva, we have an opportunity to produce a record number of new jobs because of the plentiful resources in Stone County. Our most important asset, our people, will benefit from the growth we will experience for decades to come,” said Lance Pearson, President of the Stone County Board of Supervisors. 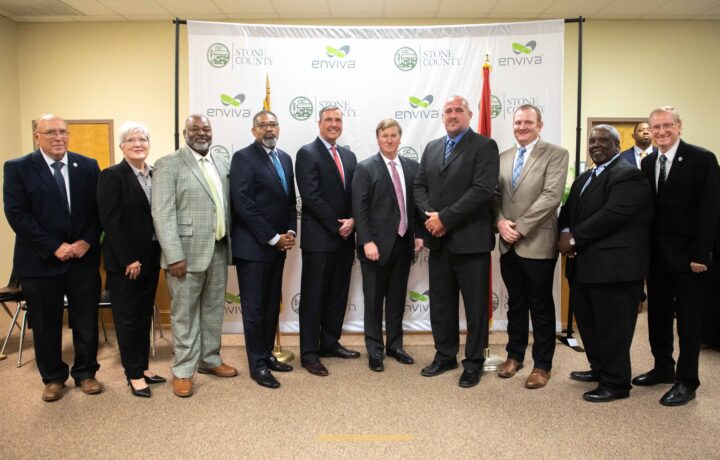 More information on the construction and future hiring process is available on our dedicated project website ‘enviva-bond.com’. To learn more about Enviva, please visit our website at envivabiomass.com and follow us on social media @Enviva.

Enviva Inc. (NYSE: EVA) is the world’s largest producer of industrial wood pellets, a renewable and sustainable energy source produced by aggregating a natural resource, wood fiber, and processing it into a transportable form, wood pellets. Enviva owns and operates ten plants with a combined production capacity of approximately 6.2 million metric tons per year in Virginia, North Carolina, South Carolina, Georgia, Florida, and Mississippi. Enviva sells most of its wood pellets through long-term take-or-pay contracts with creditworthy customers in the United Kingdom, the European Union, and Japan, helping to accelerate the energy transition and to decarbonize hard-to-abate sectors like steel, cement, lime, chemicals, and aviation fuels. Enviva exports its wood pellets to global markets through its deep-water marine terminals at the Port of Chesapeake, Virginia, the Port of Wilmington, North Carolina, and the Port of Pascagoula, Mississippi, and from third-party deep-water marine terminals in Savannah, Georgia, Mobile, Alabama, and Panama City, Florida.