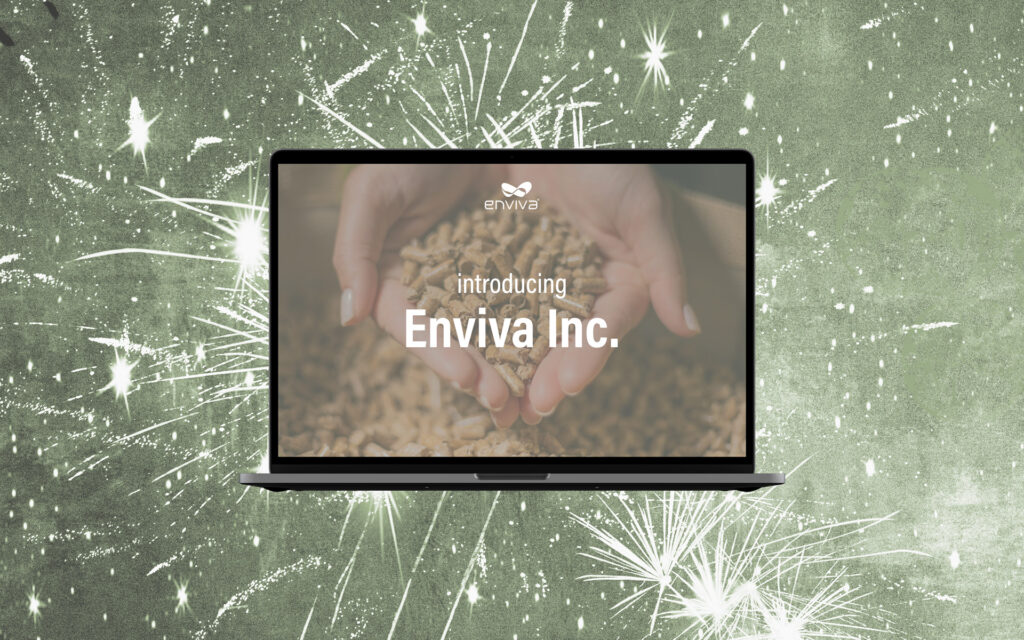 As part of the Conversion, each outstanding limited partnership unit was exchanged for one share of Enviva Inc. common stock. Enviva’s common stock is traded on the New York Stock Exchange under the same “EVA” ticker symbol, with January 3, 2022 being its first trading day.

Following the Conversion, quarterly distributions will be considered dividends for U.S. tax purposes and shareholders will receive a Form 1099-DIV. Consistent with previously provided dividend guidance, Enviva expects to issue a dividend of $0.905 per common share on a quarterly basis for 2022, aggregating to $3.62 per common share for full-year 2022.

“Today represents an important milestone for Enviva as we complete the evolution of our same great business into an even better corporate structure,” said John Keppler, Chairman and Chief Executive Officer. “This conversion creates an opportunity for investors worldwide to participate in the significant accretion we see ahead of us, whether by directly investing in Enviva Inc. or investing passively through one of the many indices for which we are now eligible.”

Keppler continued, “We believe the potential growth ahead for our renewable product is exponential, as we continue to facilitate the energy transition and help difficult-to-decarbonize industries become less greenhouse gas-intensive and more sustainable. We have built a company that delivers real climate change benefits, today, at scale. With our new corporate structure, we have taken another meaningful stride forward in being a leader in every critical ESG metric.”

Enviva Inc. (NYSE: EVA) is the world’s largest producer of industrial wood pellets, a renewable and sustainable energy source produced by aggregating a natural resource, wood fiber, and processing it into a transportable form, wood pellets. Enviva owns and operates ten plants with a combined production capacity of approximately 6.2 million metric tons per year in Virginia, North Carolina, South Carolina, Georgia, Florida, and Mississippi. Enviva sells most of its wood pellets through long-term, take-or-pay off-take contracts with creditworthy customers in the United Kingdom, the European Union, and Japan, helping to accelerate the energy transition and to decarbonize hard-to-abate sectors like steel, cement, lime, chemicals, and aviation fuels. Enviva exports its wood pellets to global markets through its deep-water marine terminals at the Port of Chesapeake, Virginia, the Port of Wilmington, North Carolina, and the Port of Pascagoula, Mississippi, and from third-party deep-water marine terminals in Savannah, Georgia, Mobile, Alabama, and Panama City, Florida.