BETHESDA, Md., November 15, 2021 – Enviva Partners, LP (NYSE: EVA) (“Enviva”), the world’s largest producer of industrial wood pellets, today announced it was the recipient of the “Benefactor’s Roll of Honor” award by Ducks Unlimited (DU). The distinguished award was presented to Enviva at the recent Raleigh DU event to commemorate the significant contributions and philanthropic efforts Enviva has made toward the organization’s conservation mission and programs. 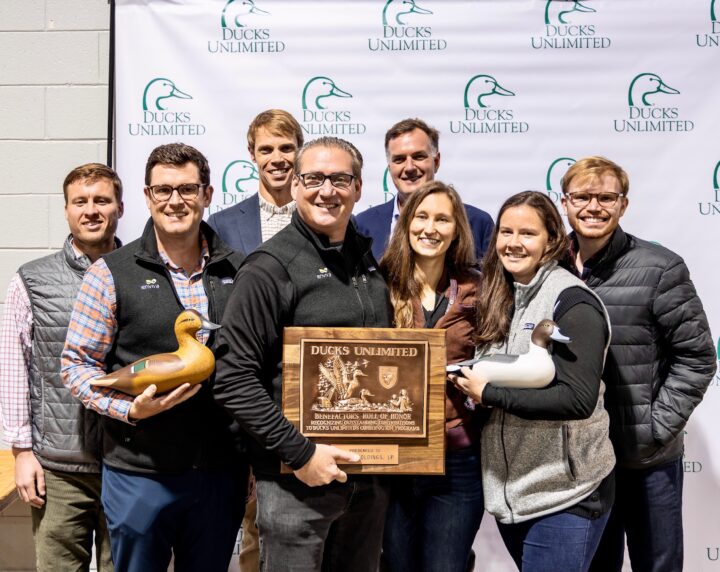 “We’re extremely pleased with and grateful for the partnership in conservation that exists between Ducks Unlimited and Enviva,” said Will Johnson, Director of Development for Ducks Unlimited Inc. “Our organizations each recognize and value natural resources and habitat areas that are critical to the life cycle needs of North America’s waterfowl, and it’s a privilege to collaborate for the greater good of wildlife, people, and the environment.”

“Partnering with Ducks Unlimited through the Fund enables us to protect and conserve precious forests, which are not meant to be touched,” said Craig Lorraine, Senior Vice President of Enviva’s Commercial and Sustainability Operations. “The results of our work through the Fund and with Ducks Unlimited are unique in our industry, and we are proud to help preserve these ecosystems and improve forest health, water quality, and wildlife habitats for the future.”

Enviva’s partnership with Ducks Unlimited includes supporting the recent purchase of a 6,310-acre Hubbard-Pinkerton tract in North Carolina, which was added to the adjacent North River Game Land to expand public land access and protect forested wetlands along the river. Enviva also supported the acquisition of 500 acres of forested wetlands near Suffolk, Virginia, known as the Cross Swamp tract. This property, within their historic tribal lands, will be returned to the Nansemond Indian Nation for permanent ownership.