BETHESDA, MD, April 20, 2021 — In March of 2020, Enviva and The Longleaf Alliance announced a five-year partnership with the goal of protecting and restoring longleaf pine forests, one of the most biodiverse ecosystems in North America.

One year into the five-year partnership, the two organizations have released a joint Annual Report detailing the progress that has been made to-date towards increasing acreage of longleaf pine forests across the U.S. Southeast, both on private and public lands.

Appropriate biomass removals are a critical step in the longleaf restoration process because many existing longleaf forests need thinning and millions of acres of former longleaf forests have been converted to other forest types. 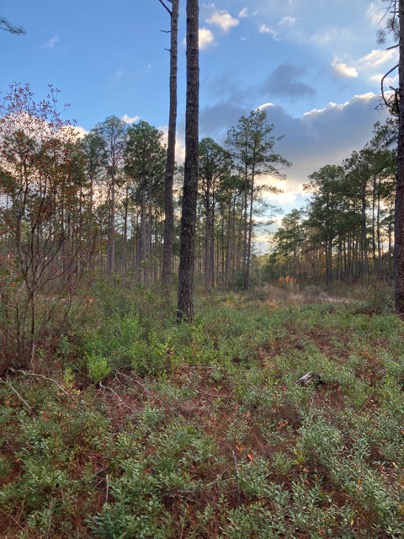 “We are so pleased to be working with The Longleaf Alliance to help restore critically threatened longleaf pine ecosystems in the U.S. Southeast. Our work on restoration through removing low-value wood is an important part of our responsible sourcing strategy, where we work directly with landowners to ensure that our sourcing is having a positive impact on forests,” said Dr. Jennifer Jenkins, Vice President and Chief Sustainability Officer of Enviva. “We look forward to expanding our restoration work together over the coming years.”

For Enviva, the partnership with The Longleaf Alliance is a critical part of how it is implementing key provisions of its Responsible Sourcing Policy (RSP), which describes the company’s commitment to ensure wood is sourced according to strict environmental standards.

In its RSP, Enviva pledges to help restore critical, threatened, or declining forest types, of which longleaf forest is an important example. The Longleaf Alliance also provides technical input and verification for Enviva’s inclusion of longleaf-dominant forests as a High Conservation Value (HCV) – Enviva will only source from these HCV forests if this sourcing maintains or improves the condition of the longleaf forest.

“Over the past year, The Longleaf Alliance and Enviva have made significant progress in reaching our goal of using restoration-oriented biomass sourcing to help landowners and partners advance their longleaf restoration objectives,” said Carol Denhof, President of The Longleaf Alliance.  “As this tool becomes more available across the U.S. Southeast, we are excited to see both the economic and ecological benefits that will be provided to landowners and their forest lands.”

The Annual Report’s key takeaways include:

The partnership’s first Annual Report is available online. For more information about the partnership, take a look at the initial announcement here. To  learn more about Enviva’s support of longleaf restoration visit www.envivabiomass.com/sustainability/forests/conservation/longleaf-restoration/

About The Longleaf Alliance

The Longleaf Alliance, based in Andalusia, Alabama, was established in 1995 to promote retention, management and restoration of longleaf throughout its historic range. They serve as a clearinghouse of information on all things longleaf. They provide technical assistance to landowners and managers, provide education and training to natural resource professionals, and facilitate partnerships among the numerous public and private stakeholders vital to the future of the longleaf forest. The mission of The Longleaf Alliance is to ensure a sustainable future for the longleaf pine ecosystem through partnerships, landowner assistance, and science-based education and outreach. Learn more at longleafalliance.org.

About Enviva Holdings, LP
Enviva Holdings, LP is the world’s largest producer of industrial wood pellets, a renewable and sustainable energy source used to generate electricity and heat. Through its subsidiaries, Enviva Holdings, LP owns and operates wood pellet processing plants and deep-water export terminals in the U.S. Southeast. We export our pellets primarily to power plants in the United Kingdom, Europe, and Japan that previously were fueled by coal, enabling them to reduce their lifecycle carbon footprint by more than 85 percent. We make our pellets using sustainable practices that protect Southern forests and employ about 1,200 people and support many other businesses in the U.S. Southeast. Enviva Holdings, LP conducts its activities primarily through two entities: Enviva Partners, LP, a publicly traded master limited partnership (NYSE: EVA), and Enviva Development Holdings, LLC, a wholly owned private company. To learn more about Enviva Holdings, LP, please visit our website at www.envivabiomass.com.