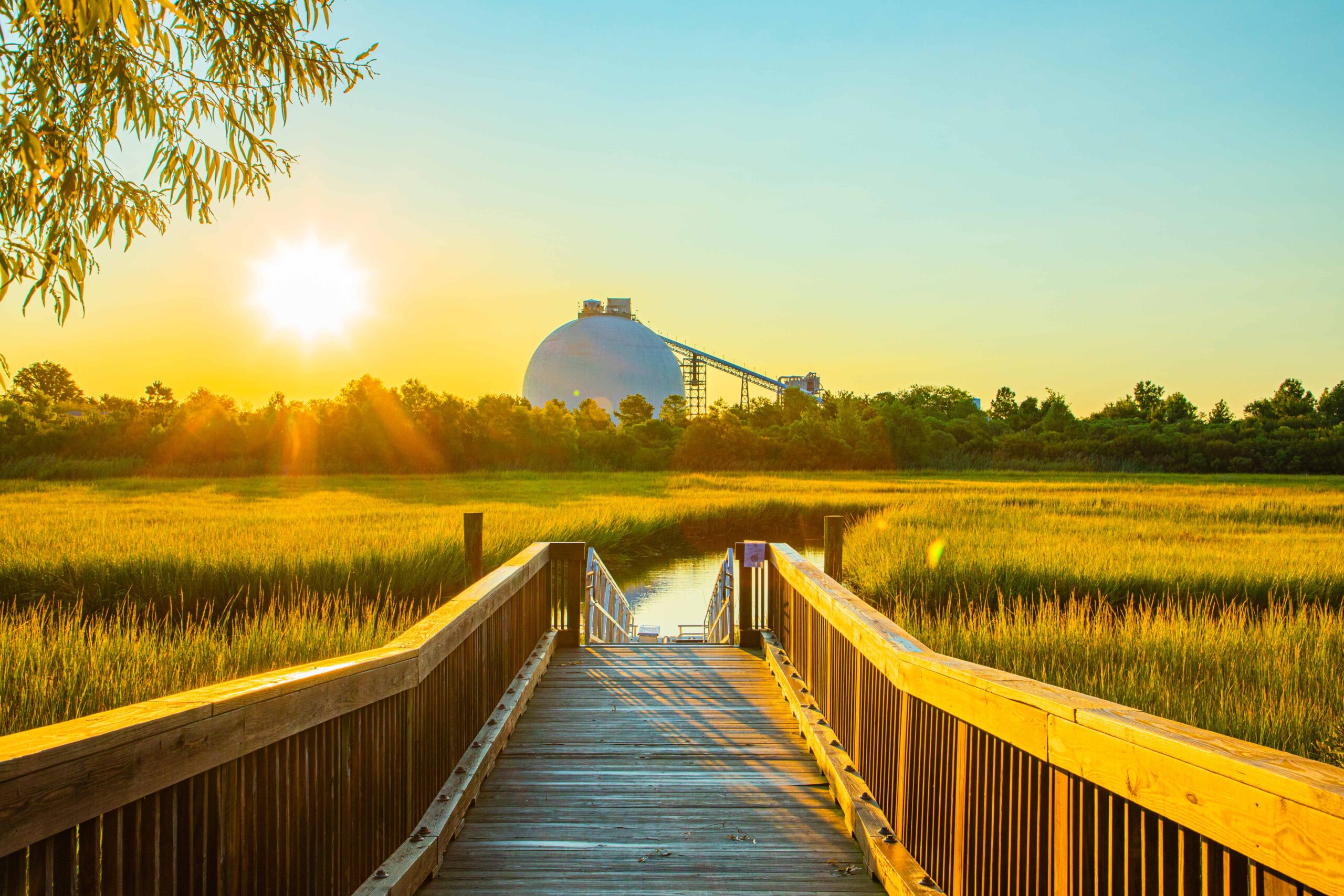 Enviva’s wood pellet storage dome at the Port of Chesapeake in Virginia, U.S.

BETHESDA, MD and TOKYO, JP. November 17, 2021 — Enviva Partners, LP (NYSE: EVA) (“Enviva”), a global renewable energy company specializing in sustainable wood bioenergy, and Tokyo-based utility Electric Power Development Co., Ltd. (TYO: 9513) (“J-Power”), have signed a memorandum of understanding (MOU) for the long-term, large-scale supply of sustainable wood biomass from Enviva’s manufacturing facilities in the U.S. Southeast to J-Power’s coal-fired power plants in Japan. The agreement is designed to develop an executable and investable plan under which Enviva will build new infrastructure to produce and deliver up to 5 million metric tons of sustainable wood pellets annually to permanently replace coal in J-Power’s existing coal-fired power plants, significantly curbing the utility’s greenhouse-gas emissions. The MOU provides a framework to advance the role of biomass as a renewable and sustainable energy source and help J-Power meet its “Blue Mission” goal to be carbon-neutral by 2050.

“Climate change is a global challenge requiring a global solution. Enviva has an established track record of delivering a dependable, scalable, and sustainable product, which today delivers substantial and deep decarbonization of energy to generators and industrials around the world,” said Thomas Meth, co-founder and executive vice president of sales and marketing at Enviva. “We are delighted that our partnership with J-Power can help this leading utility in Japan reach its climate goals with reliable, baseload energy that complements the intermittency of wind and solar.”

In April, Japan, the world’s third-largest economy, nearly doubled its 2030 target to cut carbon emissions by 40%, up from 26% in 2013, joining other countries shifting from coal and other fossil fuels to accelerate the fight against climate change. To further align with the government decarbonization policy, J-Power, which has a total of 8.4 gigawatts of coal-fired power capacity, recently announced various plans, including phase-out of aged thermal power plants and co-firing of biomass or ammonia.

Under the agreement, the parties will jointly evaluate the most sustainable and cost-effective means to deliver on the potential of the coal-to-biomass conversion project, such as security of supply, port reception, delivery and storage logistics, safety measures, and project economics. The investment will leverage J-Power’s existing coal-fired power plants by re-purposing them via conversion, resulting potentially in both dedicated as well as co-fired biomass plants.

Converting existing coal-fired power plants to sustainable biomass usage is one of the quickest, most cost-effective ways to reduce the lifecycle greenhouse gas emissions of a plant by more than 80 percent while retaining jobs throughout the supply chain. Coal-to-biomass conversion projects enable former coal plants to continue operating cost-efficiently with their existing supply, generation, and grid infrastructure. Unlike wind and solar energy, biomass is not dependent on grid expansion. 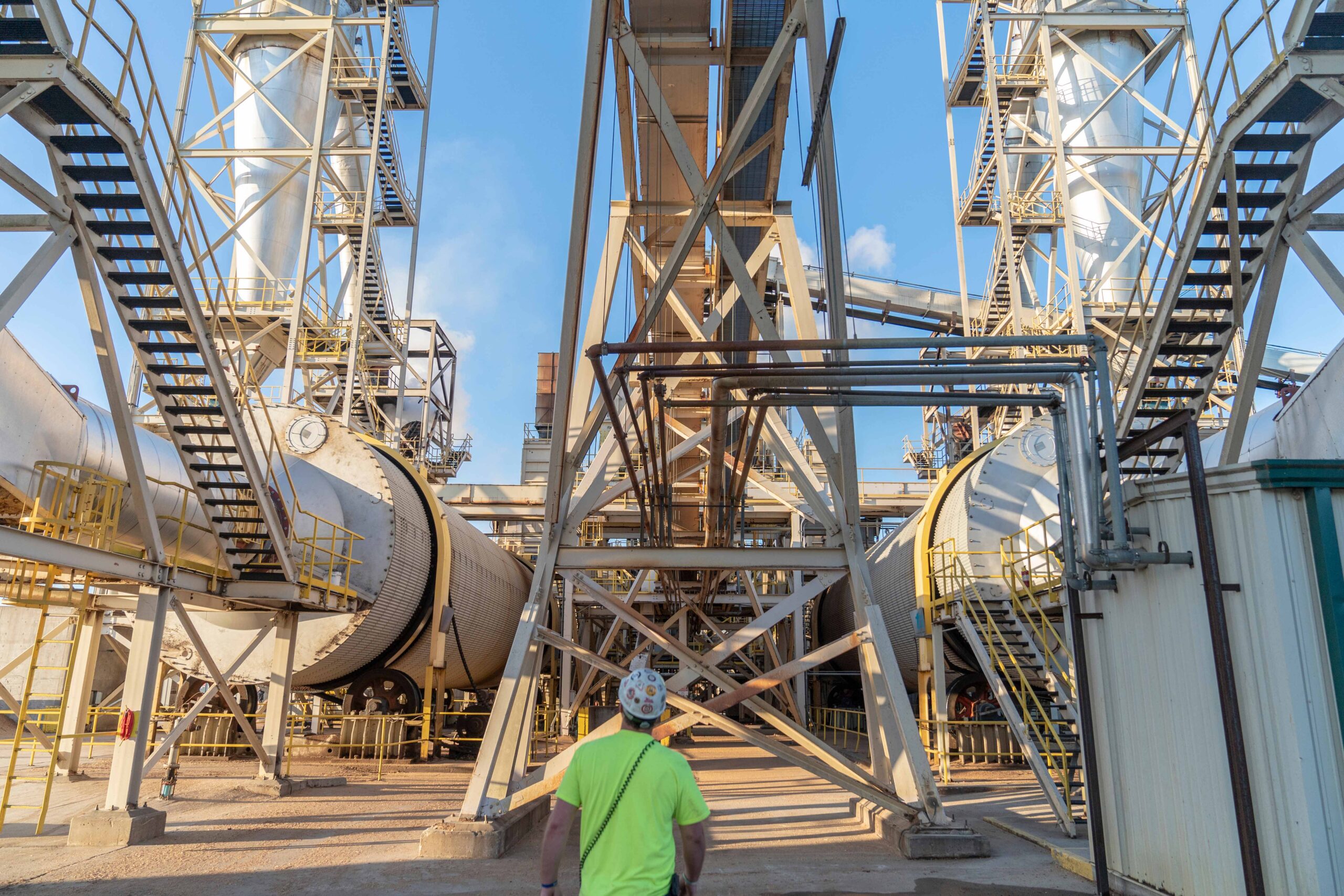 An Enviva wood pellet manufacturing plant in the U.S. Southeast.

“We are confident that our partnership with Enviva, which has a track record of supplying biomass sustainably and reliably, will firmly support J-Power’s efforts in realizing carbon-neutrality. By combining J-Power’s highly efficient technology to utilize solid fuel and Enviva’s global supply capability, we are meeting the social expectations of achieving carbon neutrality coupled by stable energy supply,” said Shinsuke Suzuki, Executive Officer, Director of Thermal Energy & Value Creation Department at J-Power.

Biomass ultimately provided by Enviva under the agreement will be certified under the European Union’s (EU) current sustainability criteria, which maintains and improves long-term forest health, growth, and capacity. The EU’s sustainability standard guarantees biomass is only sourced from sustainably managed forests that are regenerated, ensuring that carbon stocks are stable or growing, that forest harvesting is legal, and prevents sourcing from nature protection areas, taking soil quality and biodiversity into account.

Earlier this year, Enviva announced its own Net-Zero Commitment that will reduce, eliminate, or offset all of its direct emissions by 2030. Enviva agreed to adopt innovative and improved lower-emission processes through investments in projects that result in real, additional, and third-party verified net-carbon reductions as part of this ambitious plan to cut carbon emissions from fossil fuels and improve energy efficiency.

Enviva (NYSE: EVA) aggregates a natural resource, wood fiber, and processes it into a transportable form, wood pellets. Enviva sells a significant majority of its wood pellets through long-term, take-or pay off-take contracts with creditworthy customers in the United Kingdom, the European Union, and Japan. Enviva owns and operates 10 plants with a combined production capacity of approximately 6.2 million metric tons per year in Virginia, North Carolina, South Carolina, Georgia, Florida, and Mississippi. In addition, Enviva exports wood pellets through its marine terminals at the Port of Chesapeake, Virginia, the Port of Wilmington, North Carolina, and the Port of Pascagoula, Mississippi, and from third-party marine terminals in Savannah, Georgia, Mobile, Alabama, and Panama City, Florida.

Electric Power Development Co., Ltd. (J-Power) is a Japan-based power generator and whole seller.  J-Power has 18,250 megawatts (MW) of power generation capacity at 97 locations in Japan. Its hydropower share represents about 47%, and thermal power about 50%, respectively. J-Power is developing renewable power facilities such as wind or geothermal, with a plan to increase capacity to 1,500 MW by 2025. Internationally, J-Power has 6,544 MW of power generation capacity in 33 locations, such as in Thailand, the United States, and China.

On February 26, 2021, J-Power announced its “Blue Mission 2050,” along with its goals to reduce 40% of carbon emission by 2030 compared to three-year average of actual emissions in 2017-2019, and to reach net-zero (carbon neutrality) by 2050.  The roadmap includes transition from coal to carbon-free hydrogen, development of renewable power, development of nuclear power as carbon-free source, and expansion of power grid as Japan’s core infrastructure.