Enviva Receives Distinguished “Chancellor’s Award for Leadership in Philanthropy” for Its Support of Paul D. Camp Community College in Virginia

BETHESDA, Md., April 22, 2022 – Enviva Inc. (NYSE: EVA), the world’s largest producer of sustainable bioenergy, was awarded the “Chancellor’s Award for Leadership in Philanthropy” from Paul D. Camp Community College, which serves the cities of Franklin, Suffolk, and Smithfield, Virginia. Now in its 16th year, this award distinguishes exceptional leaders across the Commonwealth who have invested both time and money toward building brighter futures for Virginians. 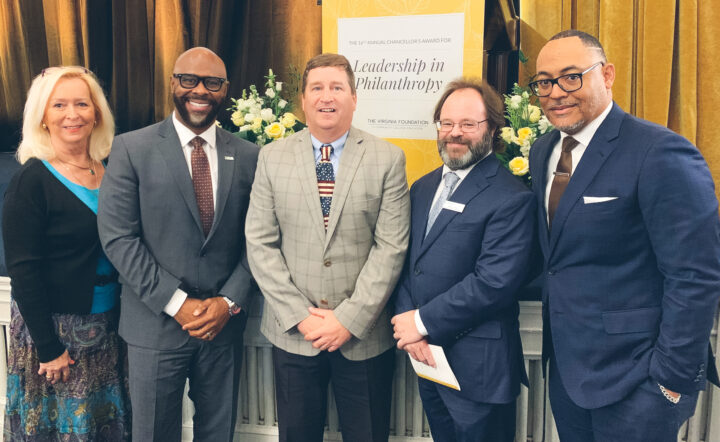 “Enviva has been a fantastic partner to the Camp Community College Foundation,” said Jeff Zeigler, Director of Institutional Advancement at Camp Community College. “Enviva has supported and sponsored workforce development and athletic programs at the college and has been involved in early childhood education and other worthy projects throughout the Franklin-Southampton community. The college appreciates our partnership with Enviva and looks forward to continuing our work with them in the future.”

Since opening a facility in Franklin, Virginia, Enviva has been very active in the Southampton community, developing partnerships to drive positive economic and social change focused on nurturing youth and education and enhancing workforce development. For example, as a direct impact of the pandemic, Enviva provided sponsorship dollars to Camp Community College in 2021 to help fund the Workforce Development Program. Additionally, Enviva has long been a supporter of the Camp Community College’s Regional Warehouse and Distribution Training Facility and continues to work closely with the Regional Workforce Development Council, Camp Community College, and other local workforce development projects to provide input on the type of training needed to secure careers in manufacturing. Enviva’s Senior Community Relations Manager for the Mid-Atlantic, Chris Brown, plays an active role in the community. Brown is currently a board member and the Chair of the Camp Community College Foundation Board, a board member of the Smart Beginnings Western Tidewater, and a member of the Franklin-Southampton Wellness Coalition, Franklin-Southampton Chamber of Commerce, and the Regional Workforce Development Council.

“At Enviva, our people are our greatest asset, and the communities where we live and work are a huge part of this. We are immensely proud that our involvement has helped to boost and strengthen the Franklin and Southampton communities,” stated Brown. “A special thanks to all the local partners in the Franklin-Southampton area. I have seen firsthand how these community programs are making positive impacts in the lives of local citizens. On behalf of Enviva and members of our Southampton facility, we certainly appreciate being honored with this award by Camp Community College.”

On April 21, 2022, Dr. Glenn DuBoise, Chancellor of Virginia’s Community Colleges, along with the Board of Directors for the Virginia Foundation for Community College Education, presented Enviva with the award at the 16th Annual Chancellor’s Award for Leadership in Philanthropy Luncheon at The Jefferson Hotel in Richmond, Virginia.